China vs. The US: Whose Century Will It Be? 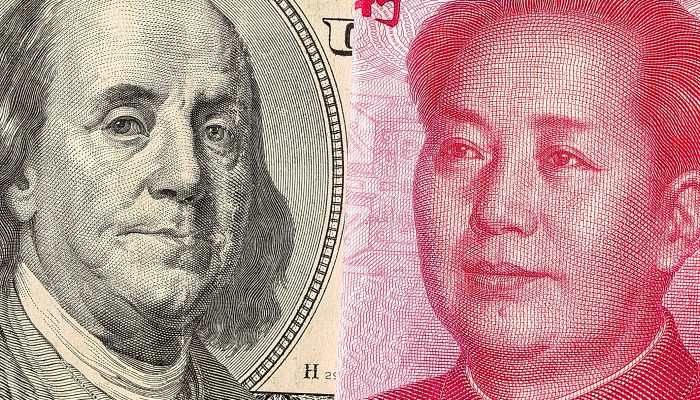 Last year, Macro Watch published a five-video series on China’s economy.  It explained that China’s export-led, investment-driven and debt-fueled economic growth model is in crisis because global income is insufficient to absorb all of China’s current industrial production.  Therefore, any additional investment would only result in greater losses, higher non-performing loans and the destruction of more deposits in the banking sector.

Since then, China’s economic prospects haven’t improved.  In November, Donald Trump was elected president of the United States, in part, by promising to impose a 40% trade tariff on Chinese goods.  Last month, President Trump’s senior trade negotiator Robert Lighthizer, called China an “unprecedented threat” to the world trading system; and declared: “We will have change in trade policy.”

Meanwhile, Total Debt in China has continued to expand three times as fast as the economy.  Investment continues to far outstrip Consumption.  The IMF has warned of “increasing downside risks in the medium term.”  And S&P has downgraded China’s credit rating.

The new Macro Watch video, uploaded today, provides an update on developments in China’s economy over the past year.  It analyzes trends in the growth rate and composition of China’s GDP, Industrial production, and Trade.

The video also takes a look at how quickly China’s economy is catching up with the US economy.  Here’s one example:  In 2000, total Investment in China was only 17% as large as total investment in the United States.  Last year, after increasing 12 times in 16 years, it was 133% the size of US Investment.

Given this very challenging environment, it is uncertain how much longer the extraordinary expansion of credit in China (described in the last Macro Watch video) can continue to drive China’s economy.  If rapid credit growth can be sustained for the next 10 years, this will be China’s century.  If it isn’t, China’s economy will stop growing and its global influence will fade, just as Japan’s did after the Great Japanese Credit Bubble popped in 1990.

Macro Watch subscribers can log in and watch this 19-minute video now for all the details.  The presentation has 49 downloadable charts.

For a 50% subscription discount hit the “Sign Up Now” tab and, when prompted, use the coupon code:  century

You will find 38 hours of Macro Watch videos available to watch immediately.  A new video will be added approximately every two weeks.