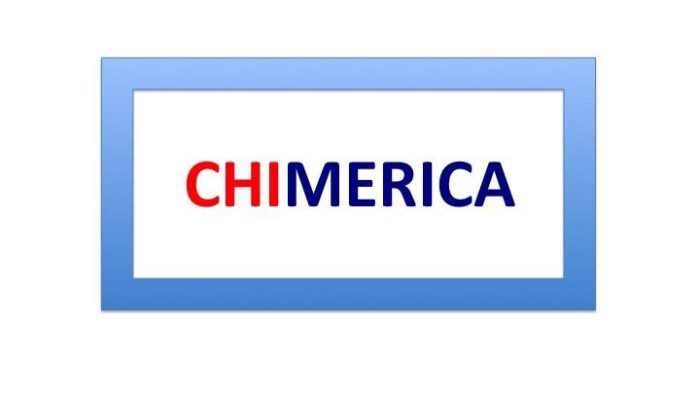 This is one video you won’t want to miss.

Chimerica is a term coined by the historian Niall Ferguson in 2006 to describe the economic relationship between the United States and China. Ferguson wrote: “Think of the United States and the People’s Republic not as two countries, but as one: Chimerica. It’s quite a place: just 13% of the world’s land surface, but a quarter of its population and fully a third of its economic output.”

Indeed, looked at this way, Chimerica is the greatest economic superpower the world has ever known. Chimerican GDP is now $28 trillion – 36% of world GDP.   Total credit in Chimerica is more than $85 trillion and Chimerican central bank assets are nearly $10 trillion. Without question, Chimerica has transformed the world.

Chimerica is now on the brink of crisis, however. It is at risk of collapsing into a severe recession. If it does, the global ramifications will be devastating.

The results of this study are fascinating. For example, we see that before 2008, US credit growth drove the Chimerican economic engine, while Chinese money creation financed the US debt. That arrangement was turned upside down after 2008. In absolute terms, Chinese credit growth has been far larger than US credit growth since 2008. Moreover, the Fed has joined the PBOC in printing trillions of dollars, thereby greatly reducing US reliance on China to finance the US government’s budget deficits.

We go through the long list of reasons why the Chimerican relationship is becoming increasingly frayed. Most important among these being: 1) the United States is no longer economically strong enough to keep up its end of the bargain; and 2) China’s economic bubble has grown so large that it has become unstable domestically and destabilizing internationally.

With China now slowing sharply and the US unlikely to rebound, Chimerica is shifting from being the driver of global growth to being a drag on growth and a source of destabilizing deflation. In 2015, Chimerica’s imports contracted by 9%. Exports fell by 4%. Chimerican central bank assets shrank by 5%. Credit grew by only 4%. This hard landing has already dealt a severe blow to the global economy.

Further deterioration is likely. The weaker Chimerican growth becomes the more strained US-Chinese relations will become. If Chimerica ends in divorce involving trade tariffs, a global depression will follow. The consequences could be catastrophic, both economically and politically.

This video is 30 minutes long and contains 57 downloadable charts. Macro Watch subscribers can log in and watch Chimerica In Crisis now.

To become a subscriber, click on the following link:

For a 50% subscription discount worth US$250, hit the “Sign Up Now” tab and, when prompted, use the coupon code: chimerica

You will find more than 26 hours of Macro Watch videos available to watch immediately. A new video will be added approximately every two weeks.