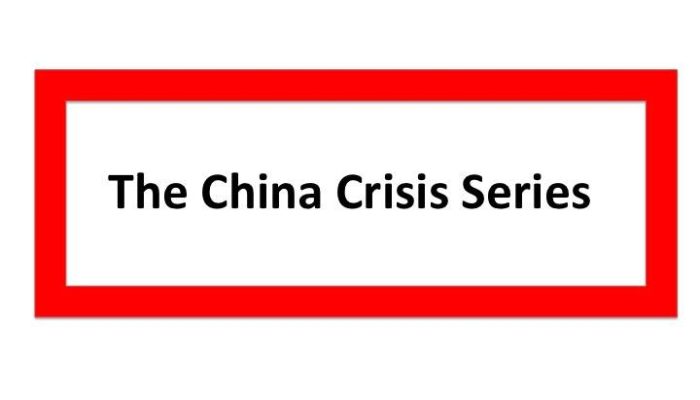 Brexit has been dominating the world’s business headlines during the past few weeks. But the impact of Brexit on the global economy is likely to be relatively minor compared with the coming fallout from the economic Hard Landing now underway in China.

Macro Watch has just concluded a five-part series on China’s economic crisis. Today, I would like to make the first of those videos freely available to everyone who subscribes to this blog.

Part One: Where The Money Came From

Part Two: Where The Money Went

This video shows how a 50-fold increase in Investment between 1990 and 2014 transformed China and resulted in mind-boggling excess capacity across nearly every industry.

China’s economic growth engine is fuelled by extraordinarily large amounts of credit.  This video explains why a sharp slowdown in Chinese credit growth and economic growth is inevitable.

Part Four: One World Is Not Enough

China’s economic development model of export-led and investment-driven growth is exhausted. This video explains why there is not enough aggregate demand in the entire world to allow China’s economy to continue to expand.

Chimerica is a term used to describe the economic relationship between the United States and China. Chimerica accounts for 36% of global GDP and 41% of global investment, but it is now heading into recession. If the Chimerican relationship ends in divorce, a global depression will follow.

The global economy is on the brink of breaking down into a new great depression. It is not possible to understand the nature of this global crisis without understanding the consequences of China’s economic hard landing. With nearly two hours of video content and close to 200 downloadable slides, the Macro Watch China Crisis Series explains what is now happening to China’s economy and what that could mean for the rest of the world.

For a 50% subscription discount worth US$250, hit the “Sign Up Now” tab and, when prompted, use the coupon code: five

You will find more than 26 hours of Macro Watch videos available to watch immediately. A new video will be added approximately every two weeks.