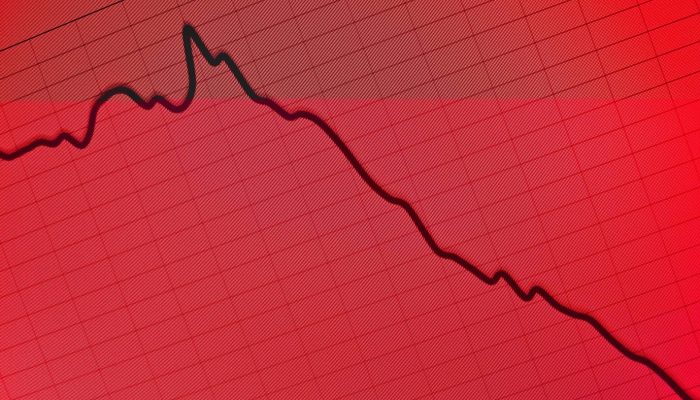 An Interview published in Hankook Ilbo

I have just returned from speaking at The Third China Forum in Seoul, an event hosted by the Korean conglomerate Hankook Ilbo. The theme of the conference was “The Shift In China’s Paradigm”.   Much of the discussion focused on the outlook for the Yuan.

I came away with the impression that a further devaluation of the Yuan is increasingly likely.

As part of this event, the Hankook Ilbo newspaper interviewed me. The interview was published in Korean on November 3rd. Please find the interview below:

RD: Under The Gold Standard and The Bretton Woods International Monetary System, money was backed by gold and trade between nations balanced. After The Bretton Woods system broke down in 1971, a new international monetary system took shape: The Dollar Standard.   The Dollar Standard is fundamentally different from its predecessors in two crucial ways. First, under The Dollar Standard, money is not backed by gold or anything else. That change removed all constraints on how much credit could be created. Afterward, rapid credit growth fuelled strong economic growth in the United States. Second, under The Dollar Standard, trade between nations no longer had to balance. Beginning around 1980, the United States began running very large trade deficits for the first time. By the mid-1980s the US Current Account deficit grew to 3.5% of US GDP. By 2006, it peaked at 6% of US GDP. That year, the United States bought $800 billion more from the rest of the world than it sold to the rest of the world.

Those deficits set off an extraordinary global economic boom as US demand allowed other countries to pursue a strategy of export-led growth. That arrangement ushered in the age of Globalization and completely transformed the size and structure of the global economy. China was the primary beneficiary. It went from rags to riches practically overnight because of its trade surplus with the United States, which exceeded US$340 billion last year alone.

By 2008, the American public had become too heavily indebted and they began defaulting on their debt. At that point, credit began to contract, US consumption and imports fell and the global economy, which had grown dependent on steadily increasing US demand, went into crisis.

Governments around the world began supporting economic growth by running large budget deficits and by printing vast sums of fiat money (a process that came to be known as Quantitative Easing). So far, that government intervention has prevented the global economy from collapsing into a new great depression. Nevertheless, the fundamental problem remains: the level of indebtedness of the American public is so high that addition credit expansion there is no longer possible. Consequently, the United States is no longer acting as the driver of global economic growth. All the countries that had followed an economic development strategy of export-led growth have been thrown into crisis as a result. China’s economy is suffering because the US can no longer afford to buy more goods from China every year. Thus the global boom that had been fuelled by rapid credit growth and growing trade imbalances is now breaking down into a global economic bust.

RD: Because of the situation described above, China’s economic model of export-led and investment-driven growth is in crisis. With no one left to export more to every year, China now finds itself with extraordinary excess capacity across every industry. Product prices are falling, companies are unprofitable and bank loans are going bad. Any further investment will just worsen the situation. Therefore, China is buying much less raw materials from the rest of the world. As a result, commodity prices have collapsed. Last month China’s imports were 20% less than during the same month last year. So, China is no longer a driver of global growth. It is a very significant break on global growth.

For that reason, many of the emerging market economies around the world have suffered a very sharp economic slowdown or even gone into recession.   Many emerging market currencies have dropped substantially in line with the economic growth prospects of the Emerging Markets. As many of these countries have borrowed heavily from abroad in recent years, often borrowing US dollars, there is now a growing chance that they will not be able to repay those loans. Many creditors are attempting to withdraw their money from the emerging markets before the debt defaults begin. The resulting capital outflows are compounding the problems those countries now face by making credit more expensive. All of these problems combined have thrown the global economy into a new recession that seems likely to become considerably worse before it gets better.

The Yuan is not an important international reserve currency because China does not have a massive trade deficit. Instead, it has a massive trade surplus every year. For that reason, other countries don’t own a lot of Yuan. If China began to run a huge trade deficit with the rest of the world, then other countries would have a lot of Yuan and they would be forced to buy Yuan-denominated debt instruments. Then the Yuan would be an important reserve currency. But, running a large trade deficit would cause tens of millions of Chinese factory worker to lose their jobs, leading to social instability. For this reason, the Yuan is unlikely to become an important reserve currency within the foreseeable future – if ever.

RD: China’s economy is now under severe strain. Chinese policymakers would like to devalue the Yuan against the Dollar to boost China’s exports and economic growth. However, China’s trade surplus with the United States was US$340 billion last year. That means that, in the absence of intervention by the PBOC, the Yuan would appreciate against the Dollar, not depreciate.

The value of the Yuan relative to the Dollar is something that is negotiated between the US and Chinese governments on an ongoing basis.   The US government would like the Yuan to continue appreciating against the Dollar so that China’s trade surplus with the US would stop expanding. The US government certainly does not want the Yuan to be devalued. Not only would that further weaken the competitiveness of US exporters relative to Chinese exporters, it would also export deflation to the United States since the US buys $500 billion worth of goods from China every year.   Any Yuan devaluation would cause the price of those imports to fall and that would cause the US price level to fall.

China, on the other hand, does not want the Dollar to strengthen any further relative to the Euro and the Yen. That is because the Yuan is closely tied to the US Dollar, so when the Dollar strengthens against the Euro and the Yen, so does the Yuan. A stronger Yuan hurts Chinese exports to Europe and Japan. Therefore, China does not want the Fed to increase interest rates since higher US interest rates would cause the Dollar and the Yuan to appreciate against other currencies.

If the Fed does increase US interest rates, China may devalue the Yuan vs. the Dollar so that the Yuan does not appreciate against other currencies. One theory suggests that the small Yuan devaluation in August was a warning to the Fed not to hike rates or else China would devalue. A large devaluation of the Yuan would be a terrible blow to the Fed because it would push down US inflation (perhaps into negative territory), making it much more difficult for the Fed to reach its 2% inflation target.

So, in my assessment, an interest rate hike by the Fed would increase the chance of a Yuan devaluation.   This “threat” may prevent the Fed from hiking interest rates any time soon.

However, there is still a possibility that China will devalue the Yuan further even if the Fed does not hike. If China’s economy continues to deteriorate, Chinese policymakers may resort to currency devaluation as an emergency measure to prevent a serious economic contraction.

If China does devalue, the rest of the world would suffer. Commodity prices would fall further. Emerging market economies and their currencies would weaken further, increasing the chances of a new EM debt crisis. Corporate profits would be hit and global stock markets would sell off.

RD: I did not mean to say that I “expect that the US Fed may pursue the fourth round of quantitative expansion to counter the side effects of the Chinese Yuan devaluation.”

I expect the Fed to launch a fourth round of Quantitative Easing to keep the United States from falling back into recession. Since 2008, credit growth has been too weak to drive economic growth in the United States. So, the Fed has been driving economic growth by printing money and pushing up asset prices to create a wealth effect that spurs consumption and economic expansion. After QE 1 and QE 2 ended, US asset prices fell and the US started to go back into recession. Each time, the Fed launched another round of QE to prevent that from happening. I believe the same pattern will be repeated now that QE 3 has ended. The US economy is already weakening very visibly.

Having said that, I do believe that QE 4 will benefit emerging market economies in the same way that the first three rounds of Quantitative Easing did.

Another policy option would be for the United States to run a much larger budget deficit to provide fiscal stimulus to the US and global economy. That, however, will not happen before the 2016 US presidential elections at the earliest, and probably not even after the elections.

RD: The United States has been the driver of global economic growth since World War II. It is no longer growing enough to continue driving the global economy, but there is no other country that can take its place. In order to take over as a new driver of global growth, a country would have to run an even larger trade deficit than the US does. That won’t be possible.

What could Japan have done to accelerate Japanese economic growth in 1990? After the great Japanese Bubble economy had taken shape, I really don’t think there was anything Japan could have done to accelerate growth there. China is now in the same place Japan was in 1990. There is a huge economic bubble in China. I don’t see what they can do to “accelerate economic growth going forward.” They will have a hard enough time just to prevent the bubble from collapsing into a serious depression. It will require very large budget deficits, a great deal of skill and a lot of good luck for China to even achieve 3% annual growth over the next 10 years.

RD: The bubble I warned about in The Dollar Crisis in 2003 burst in 2008. All the government policies since then (trillions of dollars of deficit spending, trillions of dollars of fiat money creation, 0% interest rates, etc.) have prevented a new global great depression thus far.   Now, however, since the end of QE 3, the policy stimulus is no longer adequate to keep the global bubble inflated. It is now starting to deflate. Our choice now is between more stimulus or a devastating new global depression that could very possibly destroy the world as we know it.

Richard Duncan is an economist, author and publisher of the video-newsletter Macro Watch.

To learn more about Macro Watch click on the following link:

For a 50% subscription discount worth US$250, hit the “Sign Up Now” tab and, when prompted, use the coupon code: china