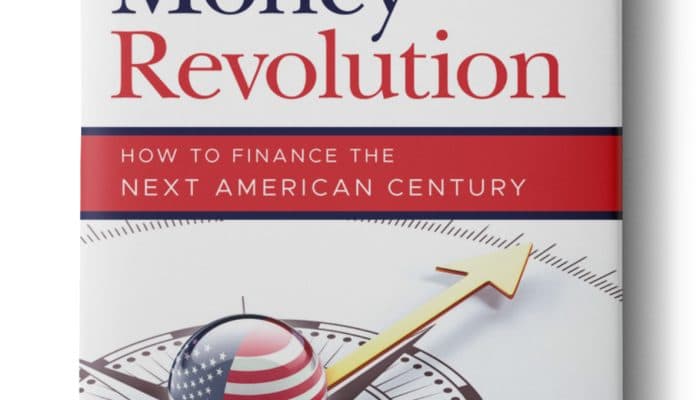 I am excited to announce the release of my fourth book, The Money Revolution: How To Finance The Next American Century.

The Money Revolution is divided into three parts.  Part One, Money, tells the history of the Federal Reserve in a unique and precise way by detailing the changing composition of the Fed’s assets and liabilities over the past 108 years, thereby documenting the evolution of Money and US Monetary Policy since 1914 and demonstrating the colossal power America’s central bank has at its disposal today.

Part Two, Credit, shows that as the nature of our Money changed it brought about a transformation of our economic system as well by ushering in a new age of Globalization and by unleashing a mind-boggling proliferation of Credit.  It also explains that while this transformation has pulled hundreds of millions of people around the world out of poverty, it has also left the US and the global economy dangerously dependent on continued credit expansion.

Part Three, The Future, draws on the lessons that can be derived from the history of the Money Revolution detailed in Parts One and Two to show that the United States now has a once-in-history opportunity to dramatically enhance human well-being, produce astonishing amounts of new wealth and guarantee the country’s national security for generations to come by investing aggressively in the Industries and Technologies of the Future during the years immediately ahead.

The Money Revolution puts forward the argument that the United States can and must make a multi trillion-dollar investment in new industries and technologies over the next 10 years in order to ignite a technological revolution.

A revolution that would open the possibility of…

I reject the pessimistic and debilitating idea that the loss of the United States’ global preeminence is imminent and inevitable; and, in The Money Revolution, I demonstrate how the new economic environment we find ourselves in today presents us with previously unimaginable opportunities to grow and prosper.  If we make the most of these opportunities, it is certain that the first American Century will not be the last.

Learn how we can turn our dreams for a better world into reality, not generations from now, but in our own lifetime.