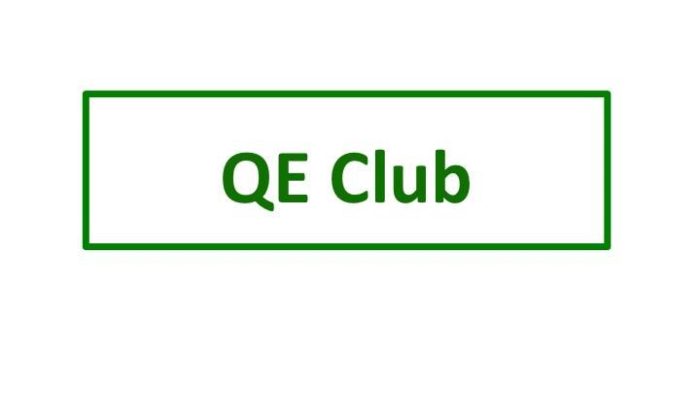 The Bank Of England rejoined the QE Club this month by launching its third round of Quantitative Easing.

Together, the BOE, the European Central Bank (ECB) and the Bank of Japan (BOJ) are now printing the equivalent of US$500 billion every three months and using that new money to effectively cancel nearly US$500 billion of government debt per quarter.

In total, those three central banks plus the Fed have effectively cancelled roughly US$8 trillion of government debt that way thus far.

In the latest Macro Watch video, we take a look at the scale of Quantitative Easing now occurring around the world. We quickly review how Quantitative Easing effectively cancels government debt. And we see how much UK, Japanese, European and US government debt has been cancelled by the central banks so far. The amounts seem unbelievably large, but the facts are undeniable:

In addition to the US$8 trillion of government debt that has been cancelled by these four central banks thus far, another US$1 trillion is scheduled to be cancelled over the next six month.

If the BOJ and the ECB continue acquiring government debt at the current rate, they could acquire (and effectively cancel) all the Japanese and Euro Area government debt currently in existence in approximately 9 years. It would take the BOE 13 years.

The central bank bond buying programs have driven interest rates down to the lowest levels in history. Roughly US$13 trillion worth of bonds are trading at negative yields. This QE-induced collapse in borrowing costs has set the stage for the next phase of the government policy response to the global economic crisis. Fiscal austerity is about to give way to fiscal stimulus.

Since the central banks have already cancelled so much government debt, the true level of government debt is much lower than is generally understood. That fact completely changes the policy options (and opportunities) open to our societies. It means our governments can afford to borrow and spend much more. I believe that is exactly what they are going to do.

Expect a large-scale, globally coordinated fiscal stimulus program to be announced in early 2017.  If it is carried out aggressively enough, it will put an end to the economic crisis that began in 2008.  If it isn’t, the global economy is in danger of collapse – because monetary policy is nearly exhausted.

For all the extraordinary details, log in to Macro Watch and watch this 23-minute video now.

More than 27 hours of Macro Watch videos are available to watch immediately. A new video will be added approximately every two weeks.