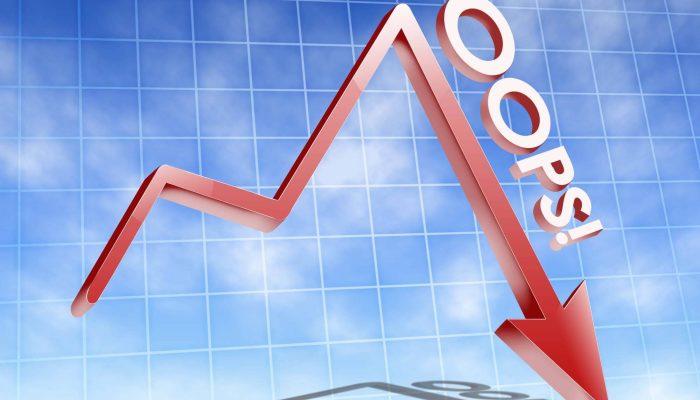 It is difficult to imagine a worse economic environment.

The US economy is expected to contract by between one third and one half during the second quarter.  For the full year, the Fed expects the economy to shrink by 6.5%.  The unemployment rate is 13.3%.  Corporate earnings are expected to be abysmal.

And yet, up until a few days ago, stock prices were skyrocketing.  Why?

Because the Fed is creating unprecedented amounts of money to combat the economic consequences of the Coronavirus.

After a violent stock market selloff between February 19thand March 23rd, the S&P came within 5% of its all-time high earlier this week, while Nasdaq made history by closing above 10,000 for the first time.

But then on Thursday, stock prices plunged.  The S&P and Nasdaq dropped 5.9% and 5.3%, respectively, in the worst selloff since March.

Does that break mean the Fed-induced stock market boom is now over or is it going to continue despite the terrible economy and the very bad corporate earnings?

To a very large extent, the answer to that question will depend on how much more money the Fed creates during the months ahead, which, in turn, will be determined largely by the size of the government’s budget deficits this year and next.

The new Macro Watch video considers how high the budget deficits are likely to be; and how much money the Fed will have to create to prevent government borrowing from driving interest rates higher?

The Fed has indicated that it will continue buying, at least, $120 billion of bonds a month with newly created money, but will that be enough?  $120 billion of Quantitative Easing a month would be 40% larger than the previous peak of QE back in 2013.  Would that be enough to push stock prices sharply higher, despite the terrible fundamentals?  And what are the chances that the Fed creates much more than $120 billion a month during the next two year?

On the other hand, what circumstances could cause share prices to come crashing back down again, despite the tidal wave of liquidity from the Fed?

Macro Watch subscribers can log in and watch this video now for detailed analysis of these issues.  The video is 15 minutes long and offers 32 downloadable slides.

For a 50% subscription discount hit the “Sign Up Now” tab and, when prompted, use the coupon code:  boom

Finally, remember to take a look at the “Books I Recommend” tab on the Macro Watch homepage.  Click HERE for a list of some great Autobiographies.