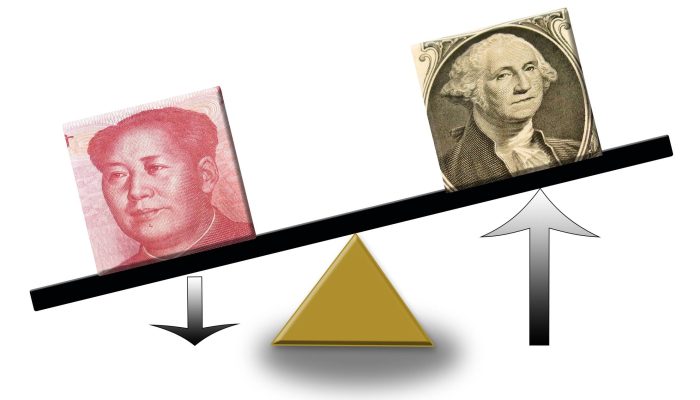 Large-scale capital flight out of China threatened to send the Chinese economy into crisis beginning in mid-2014.  As a result, the People’s Bank Of China was forced to radically change the way it carried out Monetary Policy.  Rather than buying foreign currency to prevent the RMB from appreciating, as it had done for decades, the PBOC began to sell foreign currency and to buy RMB in order to prevent the RMB from falling too far, too fast.

The latest Macro Watch video, the second in a two-part series, explains the consequences of this 180 degree change in Chinese Monetary Policy by analyzing the evolution of the PBOC’s assets and liabilities after mid-2014.  It shows that the central bank was forced, for the first time, to make very large loans to Chinese banks in order to prevent China’s Monetary Base from contracting.  It also explains how this crisis caused a meaningful deterioration in the quality of the PBOC’s assets.

Mid-2014 marked a turning point for the Chinese economy.  By then, China’s economic model of export-led and investment-driven growth was exhausted.   When deteriorating economic prospects caused the RMB to weaken, Chinese corporations, banks and individuals all scrambled to get their money out of the country as quickly as they could.  By the time the RMB stopped falling in early 2017, China had lost a quarter of its foreign exchange reserves.

The RMB strengthened from mid-2017 to April 2018 and China’s foreign exchange reserves began to recover.  However, in May this year, when it became clear that President Trump intended to impose large tariffs on Chinese exports to the US, the RMB fell again sharply.  This latest plunge in the RMB is likely to cause a new round of capital flight out of China.  This video discusses the potential repercussions and how the PBOC is likely to respond.  It also clarifies why a trade war with the United States represents an existential threat to China’s government-directed economic system.

Macro Watch subscribers can log in and watch this video now.  It is 14 minutes long and contains 28 downloadable slides.

For a 50% subscription discount hit the “Sign Up Now” tab and, when prompted, use the coupon code:  flight