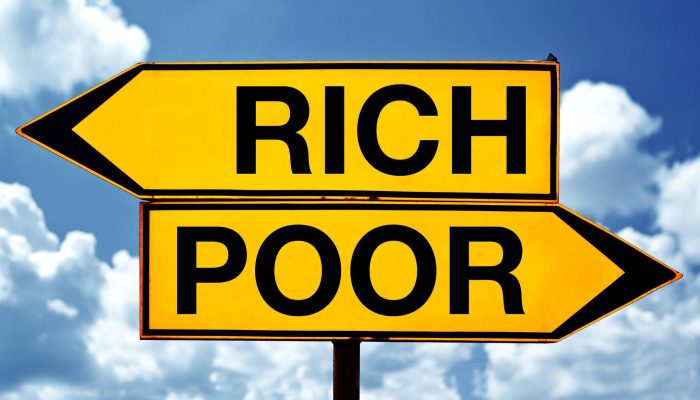 A debate that could determine whether our economic future is prosperous or impoverished has taken place between Ray Dalio and John Mauldin, two of the world’s most influential economic thinkers.

The debate can be summarized as:  MP3 vs. VAT.

Ray Dalio, the founder of the legendary hedge fund Bridgewater Associates, published two articles in which he wrote that a new phase of Monetary Policy involving larger government budget deficits financed by money created by central banks is inevitable.  He called this new phase Monetary Policy 3 or MP3; and he wrote that he believed that MP3 would be the best policy option available to us in the next economic downturn.

John Mauldin, whose financial newsletter, “Thoughts From The Frontline”, is read by millions, took the opposite position in a six-article series called Ray Dalio Is Kinda, Sorta, Really Wrong.  In place of MP3, Mauldin wrote that our best policy option would be for the US government to eliminate its large budget deficit by introducing an enormous Valued Added Tax (VAT).

Macro Watch is jumping into this debate with a three-part video series because I believe Ray Dalio is exactly right about MP3 being our best policy option and because I believe that John Mauldin is DANGEROUSLY WRONG to advocate eliminating the government’s budget deficit.

The first video in this series, published on August 3rd, described the devastation that balancing the budget through a large tax increase would inflict on the economy.

The second video in this series, published today, suggests that Mauldin’s proposal to balance the budget must stem from a misunderstanding of how the economy works in the 21st Century.

Mauldin stressed the importance of Savings in driving economic growth and wrote:

“Without savings, nothing happens. Nothing.”

While that statement may have been true in the 19th Century, it is certainly not true today.  During the five decades since Money ceased to be backed by Gold, a great deal has happened that would not have happened if everything depended on savings.

That’s Not How Our Economy Works

This video shows that during that time, Credit Creation has replaced Savings as the principal driver of economic growth; and that our world has been completely transformed as a result.

After 1968, when the Fed was no longer required to hold Gold to back the Dollars it created, Credit Creation rather than Savings began to finance the borrowing of the government, the households, the corporations and the financial sector.  No longer dependent on or constrained by a limited pool of savings, Credit growth exploded.

The surge in credit financed consumption and investment on a much greater scale than would have been possible without the additional credit.  Consequently, the economy grew much larger than it otherwise would have.  Moreover, the increase in Credit drove up asset prices and created much more wealth.

Finally, the larger economy and the increase in wealth drove up personal income and personal savings.  In his articles, John Mauldin emphasized the importance of Savings.  But, we need to be clear:  the surge in Credit Creation has been responsible for creating a very significant portion of all the income that has been saved in recent decades.

And Creditism requires Credit Growth to survive.  Mauldin’s proposal to balance the government’s budget would cause credit to contract and would immediately bring on the very economic crisis that he fears will eventually result from larger government debt.

MP3, on the other hand, gives us the opportunity to put in place a different dynamic in which Credit Creation and Investment would drive the economy forward by inducing a technological revolution that would turbocharge economic growth and leaves us all much better off.

The advantages of MP3 will be detailed in the next video.

I hope more people will join in and take part in this important debate.  It could shape our future.

This video, “Dalio vs. Mauldin: Part Two” is 12-minutes long and offers 30 slides which can be downloaded.  Macro Watch subscribers can log in and watch it now.

For a 50% subscription discount hit the “Sign Up Now” tab and, when prompted, use the coupon code:  debate