Debt, Credit and Wealth Soared In 2020 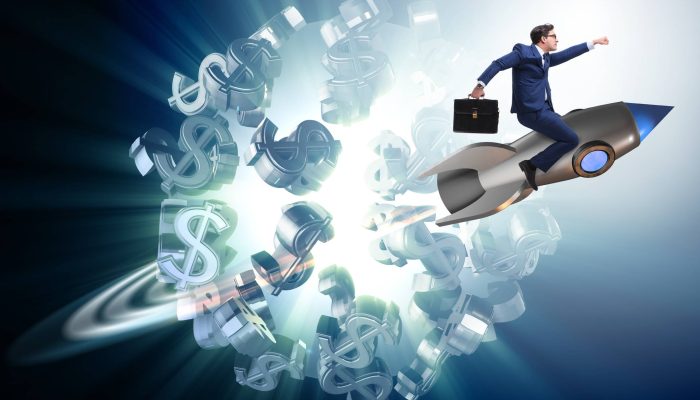 Total Credit in the United States soared by an astonishing $8 trillion last year to $83.5 Trillion, well above the previous peak increase of $5 trillion in 2007.

Household Wealth expanded even more, by $11.9 Trillion to $130 Trillion.  US Wealth has more than doubled over the past 12 years.

Over the next two years, it will be Credit Growth, rather than Money Supply Growth, that will determine whether the US economy overheats and, therefore, whether Inflation and Interest Rates move sharply higher.

The outlook for Inflation is one of the most important uncertainties facing investors today, because if Interest Rates move significantly higher, the price of stocks, property and gold could be very hard hit.

The latest Macro Watch video looks at the Credit Growth of all the major sectors of the US economy during 2020 in order to make better estimates for how much Credit is likely to expand this year and next.

It concludes that Credit Growth is likely to slow significantly, despite the probability that US Government borrowing will remain high.

If these estimates are correct and the growth in Total Credit does slow, then Credit Growth is unlikely to be high enough to sustain any increase in the Inflation Rate that materializes during the next few months.  In other words, any near-term pick-up in Inflation would merely be transitory, just as the Fed expects.

In that case, it is likely that US Monetary Policy will remain loose, and that US Interest Rates will remain unusually low during the next few years, and possibly well beyond the next few years.  If so, that would create an environment in which asset prices would most probably continue to rise.

On the other hand, if these estimates prove to be incorrect and Inflation and Interest Rates do move significantly higher, asset prices would be vulnerable to a severe and, perhaps, prolonged correction.  As this video will show, the Wealth To Income Ratio ended 2020 at the highest point in its history by a wide margin.  Previous peaks in this ratio have all been followed by brutal plunges in asset prices.

For all the facts, Macro Watch subscribers can log in and watch this video now and then judge for themselves which scenario is more likely.

The video is 16-minutes long and contains 49 charts and slides that can be downloaded.

If you have not yet subscribed, and would like to:

For a 50% subscription discount hit the “Sign Up Now” tab and, when prompted, use the coupon code:  Twenty