The Government-Induced Liquidity Crisis Could Crush The Markets 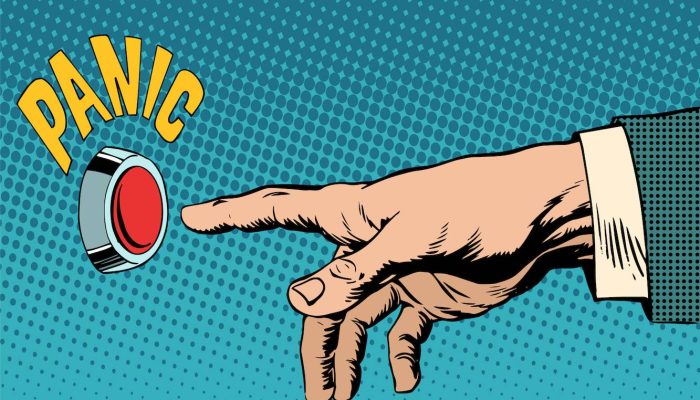 The combination of tax cuts and increased government spending – on top of Quantitative Tightening – is set to drain $3 trillion out of the financial markets over the next three years.  The United States has never had to endure a Liquidity Drain anywhere near that size before.  It is likely to drive interest rates much higher and the price of stocks, property and commodities (including gold) much lower.  The new Macro Watch video describes the causes of this Liquidity Crisis and the carnage it could cause across nearly every asset class.

Liquidity determines whether asset prices move up or down.  The Liquidity Gauge illustrates whether liquidity in the financial markets is abundant or scarce.  This video updates the Liquidity Gauge to incorporate Quantitative Tightening and trillion-dollar a year budget deficits.

Adding together estimates for the Budget Deficit, Quantitative Tightening and Capital Inflows gives us the figure for the Liquidity Gauge.  It is shockingly bad.  The Liquidity Gauge will swing from negative $56 billion last year to negative $904 billion this year, which will be the worst on record, by far.  Then it gets worse: negative $1,165 billion in 2019 and negative $1,237 billion in 2020.  That amounts to a cumulative Liquidity Drain of $3.3 trillion over the next three years.

Only at the beginning of this month did the financial markets wake up to the fact that the US government is going to have to begin borrowing extraordinarily large amounts of money this year.  And that was before Congress passed a large spending stimulus package on February 9th.  Panic may well set in over the coming months as government borrowing spikes, just as the Fed’s destruction of money through Quantitative Tightening accelerates.

The second part of the video explores how this looming Liquidity Crisis is likely to impact interest rates, stocks, property, commodities, the Dollar and the economies and currencies of the emerging markets.  Suffice it to say, tens of trillions of dollars of wealth could be destroyed in the US and all around the world during the months ahead – unless the Fed makes a radical U-Turn in its conduct of Monetary Policy.

For all the details, Macro Watch subscribers can log in and watch this 12-minute video now.  It has 22 downloadable charts.

For a 50% subscription discount hit the “Sign Up Now” tab and, when prompted, use the coupon code:  deficits

You will find 41 hours of Macro Watch videos available to watch immediately.  A new video will be added approximately every two weeks.