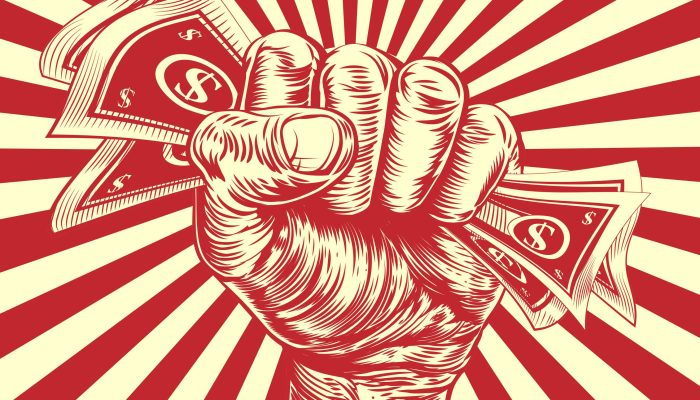 Over the last nine years, since the crisis of 2008 began, a revolution has occurred in the way in which government policymakers manage the economy – both at the national level and the global level. It has been nothing short of a Monetary Revolution. No textbooks have yet been written that explain this radical departure from past practice. But it is impossible to invest successfully without understanding the new policy tools and techniques now being employed.

In a new two-part Macro Watch series, we see how central banks have taken over the management of the global economy by radically altering the way they conduct monetary policy. In the first video, uploaded today, we look at the magnitude of this change by examining the growth in the amount of assets owned by four large central banks: the Bank of Japan, the European Central Bank, the Bank of England and the Fed.

Those four central banks have created the equivalent of more than $10 trillion since 2008. To put that number in context, the total debt of the US government is roughly $20 trillion. They used that new money to buy assets, primarily government bonds. Those asset purchases changed the course of history by preventing – or, at least, delaying – a new Great Depression. They also created more wealth than the world has ever seen. Whether that wealth is sustainable is yet to be determined.

Two things are certain, however:

The “How” and “When” will become more clear in the second video when we contrast this new monetary policy regime with what came before, i.e. orthodox monetary policy. Both videos look objectively at the benefits and the potential dangers posed by this extraordinary experiment.

Macro Watch subscribers can log in and watch the first video in this series now. It is 18 minutes long and contains 40 slides.

For a 50% subscription discount hit the “Sign Up Now” tab and, when prompted, use the coupon code: revolution

You will find 35 hours of Macro Watch videos available to watch immediately. A new video will be added approximately every two weeks.