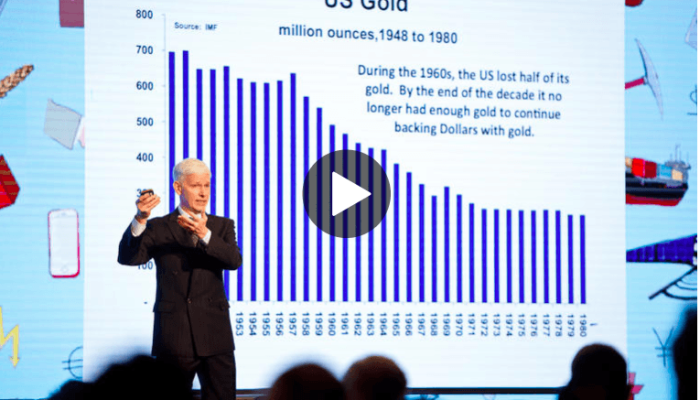 In September, I spoke at the Global Trade Review Conference in Singapore.  My topic was Understanding Potential Threats To Trade and Economic Stability In Asia.  Macro Watch subscribers can log in and listen to this speech now.  There is no video.  However, subscribers can download the presentation from the speech.  There are nearly 70 charts.

As readers of this blog know, I believe the global economy is unstable and vulnerable to a severe crisis because of the trade imbalances that have built up over the last few decades.

The presentation begins with an explanation of how those imbalances originated and evolved following the breakdown of the Bretton Woods International Monetary System in 1971.  Under that system, large trade imbalances were impossible.

Next, I discuss how the huge trade imbalances that began in the early 1980s led to a world-wide credit bubble, how that bubble came very close to imploding into a new Great Depression in 2008, and how policymakers prevented that disaster from occurring.

Central banks (particularly the Fed, the European Central Bank, the Bank of Japan and the Bank of England) played a leading role in that successful policy response by creating the equivalent of trillions of dollars and pushing interest rates down to near 0% (or even lower).

Next, I describe several potential threats to trade and economic stability in Asia:

A new global economic crisis is not inevitable.  What happens next will depend on government policy.  With the correct policies, crisis could be avoided.

These are the themes I explored in this speech.

If you would like to listen to this speech but have not yet subscribed to Macro Watch, click on the following link:

For a 50% subscription discount hit the “Sign Up Now” button and, when prompted, use the coupon code:  speech

You will find 40 hours of Macro Watch videos available to watch immediately.  A new video will be added approximately every two weeks.