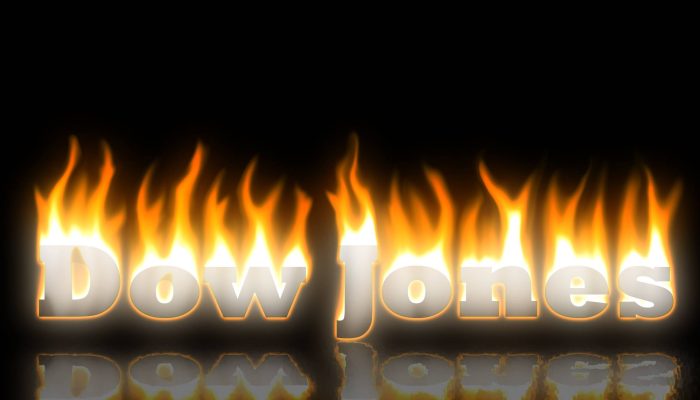 The S&P 500 closed at a record high last week, while Gold hit a five-year high.  Stocks and gold spiked because a very rapid slowdown in the world economy has forced a globally coordinated loosening of Monetary Policy.

The new Macro Watch video explains the reasons behind the sudden U-Turn in global Monetary Policy and discusses how interest rate cuts and additional Quantitative Easing could impact the stock markets and the price of gold during the weeks and months ahead.

Bond yields continued to plunge during the first three weeks of June. Last week, the yield on French and Swedish 10-year government bonds turned negative for the first time, while the yields on Japanese and German 10-year government bonds fell to negative 17 basis points and negative 31 basis points, respectively.  In total, more than $12.5 trillion of bonds were trading at negative interest rates, a new all-time  high.  The US 10-year bond yield fell below 2% for the first time since 2016.

Why the collapse in yields?

The US-China Trade War is causing the Chinese economy to slow significantly.

Chinese imports are contracting, so China is now a drag on global economic growth rather than a driver.  Weaker Chinese demand and fears that things will become much worse as the US-China Trade War intensifies are negatively affecting all of China’s trading partners from East Asia to Australia to Brazil and beyond.

Consequently, the global economy is slowing rapidly and the outlook for corporate profits is worsening.  Moreover, the fiscal stimulus in the United States is fading.  For all these reasons, deflationary pressures are intensifying and causing inflation rates to move down in the US, Europe and Japan (and further away from central bank inflation targets of 2%).

Our economic system requires Credit Growth to generate Economic Growth. However, with global economic prospects looking increasing bleak, there is less demand for Credit because there are fewer viable investment opportunities.  That’s why yields are falling.

The stock market and the Fed

With credit growth weak, the Fed cannot afford to allow stock prices to fall.  Rising stock prices have created a Wealth Effect that has kept the US economy growing despite tepid credit growth.  When the S&P 500 fell in December, the Fed let it be known that the tightening cycled had ended.  When stocks fell again in May, the Fed all but promised that rate cuts were coming soon.

The Fed will be forced to deliver on that commitment at its July FOMC meeting, if not before.  If it doesn’t, stock prices would most probably take a deep tumble, which, if sustained, would push the world into a significant recession.

In effect, the Fed is being held hostage by the stock market.

When the Fed cuts, the European Central Bank and the Bank Of Japan will be forced to loosen monetary policy in Europe and Japan, as well.  Otherwise, their currencies will strengthen and their economies will weaken.

Rate cuts and more QE are quite likely to keep pushing stock prices higher. Since 2009, they always have.  The price of Gold is also likely to keep moving up. However, as always, there are risks. And for investors in Gold, there are near-term risks that should not be ignored.

For all the details, Macro Watch subscribers can log in and watch this video now.  It is 17-minutes long and offers 38 downloadable charts.

For a 50% subscription discount hit the “Sign Up Now” tab and, when prompted, use the coupon code:  hostage