The Repo Crisis and The Fed 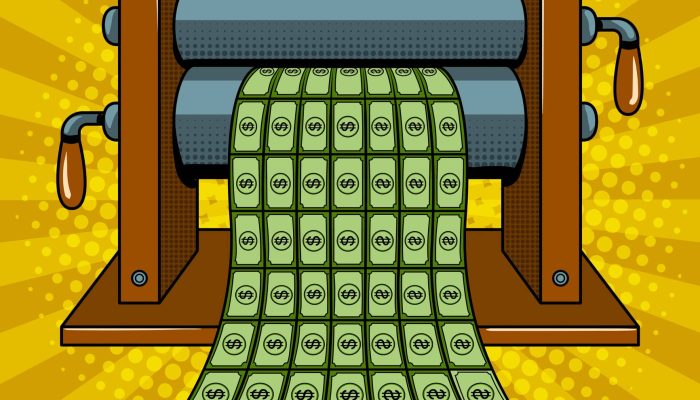 On September 16th, the interest rate in the overnight Repo Market shot up to nearly 10%.  It should have been below 2.25%.

There was no shortage of Reserves to lend.  There were nearly $1.4 trillion of Reserve Balances that day.  Therefore, there was an unwillingness to lend among the institutions holding the Reserves.  The Fed had to step in and provide the Liquidity.

Why this happened is not yet clear.  Perhaps there were concerns that a large financial institution was in trouble. In any case, this mini-crisis in the Repo Market resulted in the most extraordinary Monetary Policy U-Turn in the Fed’s 105-year history.

Between August 28th and November 6th, the Fed created $280 billion and injected it into the financial markets through a combination of Repurchase Agreements and Quantitative Easing.  Moreover, the Fed announced it would continue creating $60 billion a month at least into the second quarter of next year.

In light of the Repo Market shock and the Fed’s startling response to it, this is a good time to take a close look at the Fed’s weekly statistical release, “Factors Affecting Reserve Balances”.  This is the most important source of timely data on the liquidity in the financial markets.  If you really want to understand how the Fed conducts Monetary Policy, you have to understand this weekly report.

Macro Watch will explain the Factors Affecting Reserve Balances and why they matter in a three-part series.

Part One, which was uploaded today, focuses on the Factors Supplying Bank Reserves and, in particular, on Federal Reserve Credit.

Part Two will focus on the Factors Absorbing Bank Reserves, with a close look at Currency and Treasury Deposits.

Part Three will make projections for the future path of Bank Reserves and for the Factors Supplying and Absorbing Bank Reserves, based on the Fed’s policy announcements since mid-September.  It will also explain where all this data can be found and how it can be downloaded.

This information will allow viewers to follow the Fed’s every move, week by week. That will be particularly important to do now that the Fed intends to keep the financial markets inundated with liquidity “at least into the second quarter of next year”.

Macro Watch subscribers can log in and watch The Repo Crisis & The Fed: Part One now.  This video is 16-minutes long and offers 34 slides which can be downloaded.

For a 50% subscription discount hit the “Sign Up Now” tab and, when prompted, use the coupon code: repo