The Repo Crisis and The Fed: Part 2 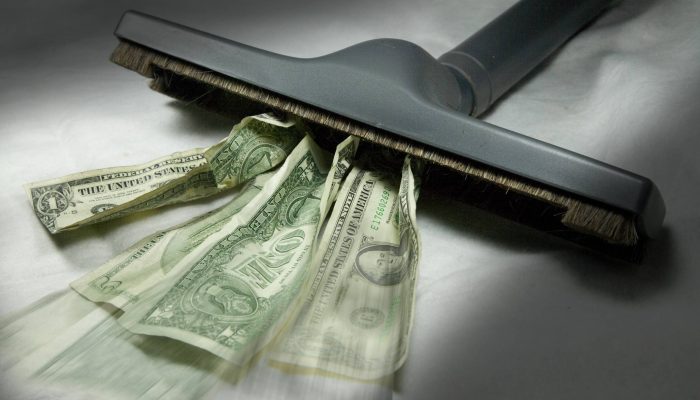 Monetary Policy is the government’s most important economic policy tool.  If you really want to understand how the Fed conducts Monetary Policy, you must understand the Fed’s weekly report on the “Factors Affecting Reserve Balances”.

The previous Macro Watch video began analyzing the “Factors Affecting Reserve Balances” in order to show, in detail, how the Fed responded to the mid-September mini-crisis in the Repo Market, which drove overnight interest rates up to 10% and forced the Fed to launch a new round of Quantitative Easing, QE4.

That video showed that the Fed has injected $280 billion of liquidity into the financial markets since the end of August by extending Federal Reserve Credit (i.e. creating money).  However, despite that aggressive intervention, the level of Reserves has not increased.  Reserves didn’t increase because the Factors Absorbing Reserves have also expanded.

This video looks at the Factors Absorbing Reserves, the most important of which is Currency in Circulation, which now amounts to $1.8 trillion.  That leads to an interesting discussion of Seigniorage.

It also shows why two closely watched Monetary Aggregates, the Monetary Base and M1, can no longer tell us anything meaningful about current or future US economic activity or inflation.

Finally, this video highlights the surge in the Treasury Department’s deposits at the Fed since the end of August as a possible explanation for the spike in overnight interest rates.

Between August 21 and November 6, the Treasury Department’s deposits at the Fed increased by nearly $250 billion, draining that amount of Reserves from the banking system.  During the crisis week, September 11th to 18th, the Treasury’s deposits increased by $119 billion – in that one week alone.  It was on September 17th that interest rates in the overnight repo market shot up to almost 10%.

Although the buildup in the Treasury Department’s deposits at the Fed did drain nearly $250 billion of Reserves from the banking system, there were still $1.4 trillion of Reserves left. That should have been far more than enough to fund the repo market at a normal level of interest rates.

Moreover, if it was the buildup in Treasury deposits that caused the problem in the repo market, that should be just a temporary issue that will go away when the government spends the money in its deposit account (since that will add Reserves to the banking system).

Therefore, the buildup in Treasury deposits does not explain why it is necessary for the Fed to create $60 billion a month and inject it into the financial markets “into the second quarter of next year”, as the Fed has announced that it intends to do.  In other words, it doesn’t explain why the Fed launched QE4!  Neither do any of the other Factors Absorbing Reserve Balances.

I suspect something else is going on.

Macro Watch subscribers can log in and watch The Repo Crisis & The Fed: Part Two now.  This video is 16-minutes long and offers 33 slides which can be downloaded.

For a 50% subscription discount hit the “Sign Up Now” tab and, when prompted, use the coupon code: repo