US Banks On Life Support 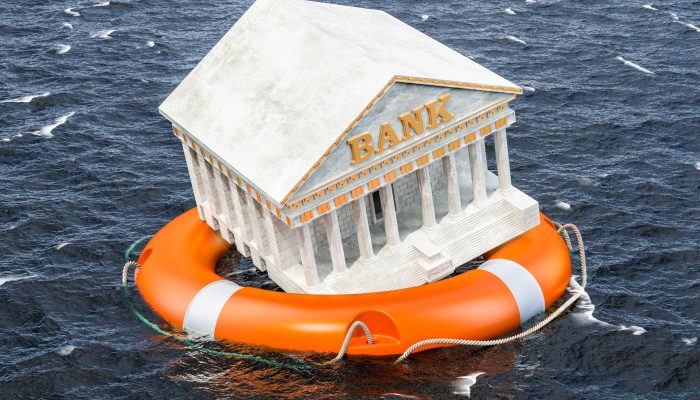 The new Macro Watch video shows that, without the unprecedented support that the government and the Fed are providing to the economy during the Coronavirus crisis, it is likely that all the major banks in the United States would go bankrupt.

It is easy to understand why.  Banks are highly leveraged.  The loans they have extended and the investments they have made are very much larger than their capital.

If the government were not supporting individuals and businesses, a very large percentage of those individuals and businesses would default on their bank loans. And, if the Fed were not buying trillions of dollars’ worth of financial assets and pumping credit into every corner of the financial markets, asset prices would crash and the banks’ investments would experience extraordinary losses.

The government and the Fed must continue to support the economy to prevent a new Great Depression.  As long as they do, their actions should continue to keep the banks from failing. However, if the government and the Fed don’t act aggressively enough, the United States could suffer a systemic collapse of the financial sector.  Should that occur, a new Great Depression would be unavoidable.

Therefore, the government and the Fed must continue to support the economy and, thereby, the banks.  However, the public needs to understand and bank CEOs must be made to acknowledge that the banks are on government life support and that they owe their survival to government intervention.

Consequently, the banks should be required to stop wasting their capital buying back their own shares and paying dividends.  Moreover, they should be required to pay much higher tax rates in the future in order to help the government recover some of the trillions of dollars it will have to spend to keep the economy and the banks from collapsing.

Next, it looks at the amount of capital held by one large US bank.  From there, the video examines that bank’s loan portfolio and investment portfolio, in order to gauge how much money that bank might lose if the government and the Fed were not supplying so much support to the economy.  It is easy to see that the losses would, in all probability, greatly exceed that bank’s capital, in that scenario.  The same would be true for all the other major US banks, as well.

For all the details, Macro Watch subscribers can log in and watch this video now.  It is 20-minutes long with 39 slides that can be downloaded.

For a 50% subscription discount hit the “Sign Up Now” tab and, when prompted, use the coupon code:  support