A Concise History Of Creditism 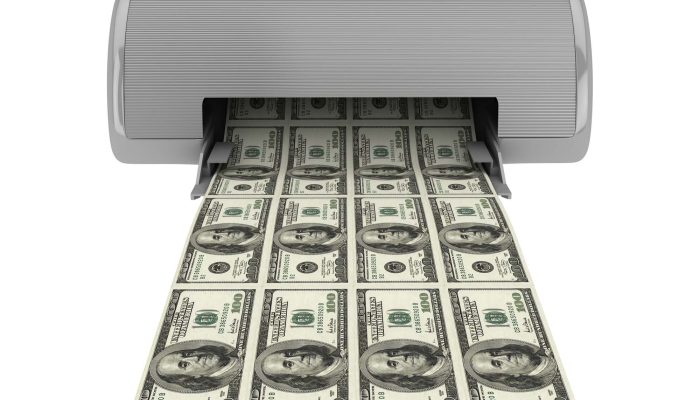 2018 marks the Golden Anniversary of Paper Money.  On March 19, 1968, President Johnson signed Public Law 90-269 which ended the requirement that the Federal Reserve hold Gold to back the Money it creates.  Afterwards, the Fed was free to create as much money as it dared.  Money and Credit Creation exploded in the United States and around the globe.  The new Macro Watch video presents a concise history of the Money Revolution that has transformed the world over the last 50 years.

Before 1968, a number of factors constrained how much Money and Credit could be created.  Central Banks were constrained in the amount of Money they could create for two main reasons. First, they were required to own gold to back the Money they created; and there was only a limited amount of gold. The second reason was that they feared that too much Money creation would cause inflation.

Credit creation by commercial banks was constrained by the amount of Money created by central banks, and by regulations that required the banks to set aside liquidity reserves against the deposits they accepted.  Beginning in 1968, all of those constraints were removed one after another.

The combined Monetary Base of the 20 largest countries increased 23 times between 1985 and 2017, from $800 billion to $18.4 trillion.  And, nearly everywhere the ratio of total credit to GDP moved very sharply higher as credit growth outstripped economic growth.

Eventually, only one constraint remained on the amount of Money and Credit that could be created:  Borrowers still had to have enough income to service the interest on the credit they borrowed.  That constraint was eased after 1980 as global interest rates declined thanks to the deflationary pressures resulting from Globalization.

Credit Growth became THE driver of economic growth, globally.  Capitalism, which had been fueled by Saving and Investment, was replaced by Creditism, which is fueled by Credit Creation and Consumption.  Creditism, however, requires credit growth to survive.  If Credit contracts, Creditism will go into crisis.  If interest rates rise much more, Credit will contract.

Trade tariffs, the growing US government budget deficit and Quantitative Tightening all threaten to push interest rates significantly higher.  Creditism has pulled hundreds of millions of people out of poverty.  If it collapses, hundreds of millions of people will be plunged back into poverty.  Should that occur, they won’t go quietly.  A global political crisis would accompany the global economic crisis.

Macro Watch subscribers can log in and watch this video now for all the details.  It is 27-minutes long and offers 41 downloadable charts.

For a 50% subscription discount hit the “Sign Up Now” tab and, when prompted, use the coupon code:  concise