The Velocity Of Money Is Irrelevant 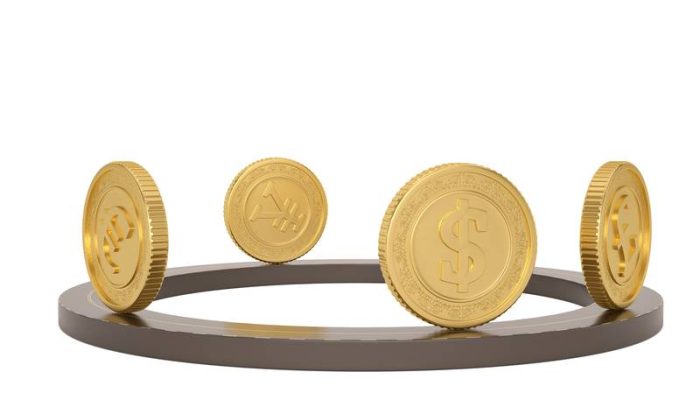 Although the subject of the new Macro Watch video is the irrelevance of Velocity in the 21stCentury, the video begins with a brief comment on a more urgent matter, recent developments in the financial market.  It is clear that the recent selloff in the stock market and in the price of gold have resulted from the failure of Congress to pass a new economic stimulus bill.  This video warns that if Congress does not act soon, this selloff has the potential to become significantly worse.

After that warning, the video goes on to explain why the Velocity Of Money is irrelevant.  In the past, an increase in the rate of Velocity caused Inflation. That is no longer the case today, however.  This video shows that Velocity can no longer tell us anything about the outlook for Inflation. Consequently, the concept that Velocity affects the price level must be discarded.

Velocity is defined as the number of times that Money changes hands during a year.  It is calculated by dividing Nominal GDP by the Monetary Base.

Conventional economic theory teaches that Inflation should rise sharply when a central bank creates a lot of money.  However, that has not happened in recent years.  The Fed has created an enormous amount of money since 2008, but the inflation rate has remained low.

Many people believe that the reason the inflation rate has remained low is because the Velocity of Money has fallen; and that, sooner or later, the Velocity Of Money will increase again, and, therefore, that Inflation will come roaring back, with devastating consequences for the economy and wealth.

But, like so much else about conventional economic theory, the idea that changes in Velocity cause prices to go up and down is no longer valid.  It is invalid because this concept was created (and was true) at a time when Gold was Money and when Money could not be created by a central bank.  Now that central banks can create as much money as they want, this entire concept must be completely disregarded.

This video discusses four reasons why the evolution of our monetary system has made nonsensical the idea that changes in the Velocity of Money cause prices to rise and fall.

First, money creation by the Fed, rather than how frequently people spend their money, determines the rate of Velocity now.

Second, the Quantity Of Money is comprised of 60% Bank Reserves and 40% Currency In Circulation.  The public cannot spend Bank Reserves.  So, even if the public decided to spend its cash at a higher frequency, the impact of that on the Velocity Of Money would be limited.

Third, the idea that the Velocity Of Money is important grew out of the Quantity Theory of Money, which dates back to the 16thCentury, when trade between nations had to balance due to the gold standard.  After the Bretton Woods System broke down in 1971, trade between nations ceased to balance.  When the domestic economy was subsumed into the global economy, that altered the relationship between the Quantity Of Money, Velocity, the Price Level and the Volume of Goods Sold (the four variables that make up the Quantity Theory of Money) in a way that caused the link between changes in Velocity and changes in the Price level to breakdown.

Finally, Credit has grown so much larger than Money over the last five decades that the Quantity of Money and its Velocity are irrelevant.   It no longer matters how many times “Money” changes hands.  What matters now is how much Credit is created and spent.

Inflation may increase again at some point in the future (in fact, at some point, it almost certainly will), but if and when it does, it will have nothing to do with changes in the Velocity Of Money.  So everyone can and should forget about Velocity.  It is simply no longer relevant.

Macro Watch subscribers can log in now for all the details.  The video is 17 minutes long with 34 slides that can be downloaded.

For a 50% subscription discount hit the “Sign Up Now” tab and, when prompted, use the coupon code:  Velocity

Finally, if you would like to learn more about Velocity and The Quantity Theory Of Money, read The Purchasing Power Of Money by Irving Fisher.  You can find a description of that book and of other economic books that I recommend by clicking HERE.