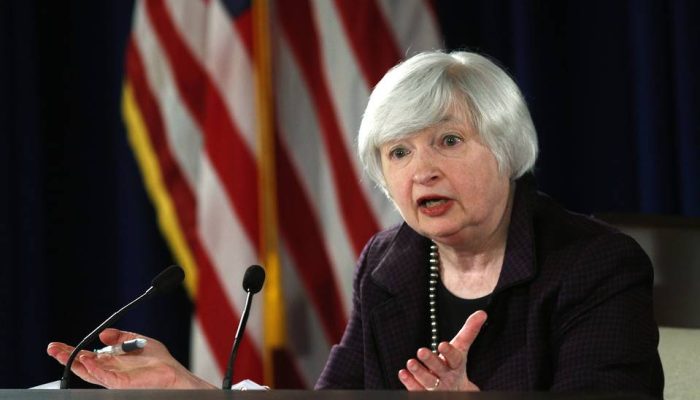 The Fed faces a difficult choice. It must decide between boosting global economic growth or boosting US economic growth. If the Fed increases US interest rates, the Dollar will strengthen further. That would cause US exports to fall and imports into the US to increase. As a result, the US Current Account deficit would expand and resume its role as the driver of global economic growth. This course would cause the US economy to weaken further, however, as the strong Dollar would further erode the US manufacturing base, increase unemployment and reduce corporate profitability, perhaps leading to a sharp stock market selloff.

This is the latest manifestation of the Triffin Dilemma. In the 1960s, Yale economist Robert Triffin pointed out a serious problem related to using the Dollar as the international reserve currency. Under the Dollar Standard, other countries need US Dollar liquidity to achieve economic growth. That requires the United States to run a Current Account deficit to supply that liquidity. However, running large Current Account deficits over many years is harmful to the US economy.

US imports have not increased since the crisis of 2008. And now it is increasingly likely that they will begin to decrease because the Shale Oil Revolution is resulting in a very large reduction in US oil imports. That means total US imports will shrink and exacerbate the crisis in the global economy unless non-oil imports into the United States rise more than enough to offset the plunge in oil imports. The only way that could happen is if the value of the Dollar appreciates sharply.

If the Fed hikes interest rates, it will cause the Dollar to move sharply higher and that will boost the global economy – but at the price of damaging the US economy.

The Fed’s other option is to launch QE 4. Another round of Quantitative Easing would strengthen the US economy (at least in the short term) by weakening the Dollar, lowering interest rates, boosting asset prices and creating a positive wealth effect that boost consumption.

The new Macro Watch video, Yellen’s (Triffin) Dilemma, considers the global economy’s dependence on exporting to the United States. It then examines the options available to the Fed and considers the pros and cons of each. If the Fed choses Q4, the financial markets will perform summersaults as the existing bets on higher interest rates are rapidly reversed.

If you are a Macro Watch member, log in now and find out which option I think the Fed will chose.

If you are not yet a member, join here:

For a 50% subscription discount, hit the “Sign Up Now” tab and, when prompted, use the coupon code: dilemma

You will find more than 15 hours of Macro Watch videos available to watch immediately. A new video will be added approximately every two weeks.