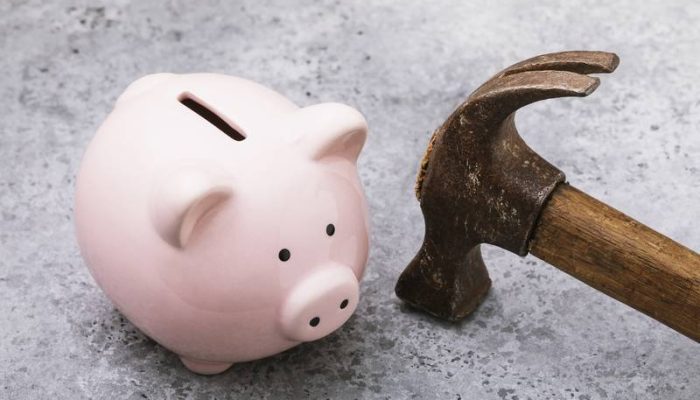 Many people believe that when the Fed creates money through Quantitative Easing, that that money simply gets stuck in the banks as Bank Reserves and does nothing to help the economy.

That idea is incorrect.

The money the Fed creates is injected into the economy and stimulates economic growth.  The latest Macro Watch video clearly demonstrates how that process works.

During the first half of this year, the increases in Government Debt, Disposable Personal Income, Household Bank Deposits, Personal Consumption Expenditure, Money Creation by the Fed, and Bank Reserves were all extraordinarily large. That was no coincidence.

The surge in Money Creation by the Fed financed the unprecedented jump in Government Debt, which, in turn, funded the record-breaking jump in Disposable Personal Income and Household Bank Deposits, as well as the enormous rebound in Personal Consumption Expenditure that drove the partial economic recovery during the third quarter.

The Fed created the money it used to buy the government bonds by making deposits into the Reserve Accounts at the Fed belonging to the banks from which it bought the bonds.  Consequently, Bank Reserves expanded sharply.  However, the increase in Bank Reserves in no way limited the enormously positive impact that Quantitative Easing had on the economy.

The bottom line is that the Fed created an extraordinary amount of money and that money ended up in the hands of the Households, the SMEs and the Corporations.  When those sectors spent the money that provided a tremendous boost to the economy.

This presentation debunks, once and for all, the idea that the increase in Bank Reserves means that QE is ineffective.

It is important that everyone recognizes that Quantitative Easing is the country’s most powerful economic policy tool.  It is impossible to understand the forces driving the economy and the financial markets without accepting that fact.

Macro Watch subscribers can log in now for all the details.  The video is 14 minutes long with 37 slides that can be downloaded.

For a 50% subscription discount hit the “Sign Up Now” tab and, when prompted, use the coupon code:  Growth

Finally, to learn much more about the United States most powerful economic policy tool, watch the 13-video Macro Watch course on Monetary Policy.  Click HERE for a description of these videos.