The Policy Response To The New Depression – Highly Recommended 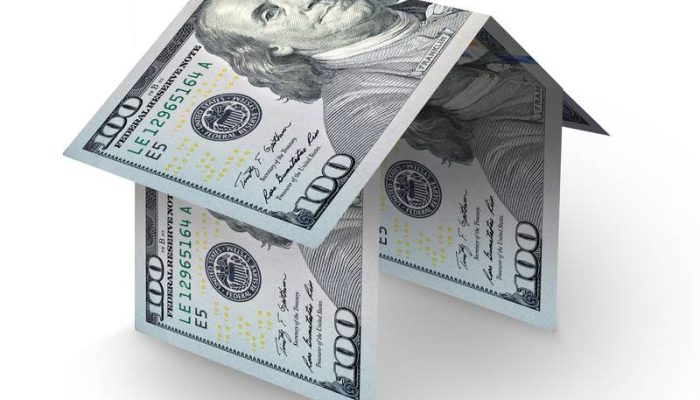 Below, please find the last chapter of the paperback version of my first book, The Dollar Crisis.  It was written in December 2004, four years before the beginning of the global economic crisis and the launch of Quantitative Easing.

The Fed would already be faced with its worst nightmare, deflation in the United States, had the price of oil not risen above $50 a barrel following the US invasion of Iraq. Globalization is exerting tremendous downward pressure on the US cost structure that can only intensify in the years ahead as service sector jobs follow manufacturing jobs offshore. A correction in the US current account deficit will cause the floor to drop out from under global prices and threaten the world with a 1930s style deflationary depression. The following paragraphs will consider how policy makers in the United States are likely to respond to that event.

America’s free trade policy, which it has pursued for decades, is obviously flawed. Free trade between countries with enormous wage rate differentials and within an international monetary system entirely lacking in any mechanism to prevent large-scale, persistent trade imbalances is untenable. However, US policy makers are afflicted by the collective hypnosis of conventional wisdom which has taught them that free trade is good and must always be good under any and all circumstances. It is anyone’s guess as to how much longer those in charge of economic policy in the US will cling on to this strange idea.

Meanwhile, it is almost certain that they will respond to the approaching crisis by applying the two great economic policy tools of the last century: Keynesianism and Monetarism. The abuse of those tools will prolong and exacerbate the death throes of the Dollar Standard.

The first recourse will be to employ more fiscal stimulus. With prices falling and in light of the extraordinary amount of paper money that has been created in recent years, interest rates will be very low and there will be little difficulty in paying interest on a much larger amount of government debt. It would not be surprising to see the US budget deficit surpass one trillion dollars by 2007 or 2008 if the US current account has come down significantly by that time.

If, at that point, the US current account deficit has been reduced, foreign central banks would not have a sufficient inflow of dollars to finance such a large deterioration in the US budget deficit, even assuming that Fannie and Freddie have ceased issuing any new, competing, debt of their own.

The Fed, however, as Governor Bernanke explained, has already put considerable thought into how to deal with such a contingency and stands ready, in Bernanke’s opinion, to support “a broad-based tax cut” through “a program of open-market purchases to alleviate any tendency for interest rates to rise”.

How long could such “cooperation between the monetary and fiscal authorities” underpin the global economy?   For quite a number of years most probably. Economic trends play themselves out over very long periods of time. Moreover, US policy makers will use every last tool at their disposal to prevent, or, at least, delay a global depression. An economic system underpinned by large scale fiscal stimulus financed by central bank monetization of government debt could hardly be described as capitalism (perhaps the term Bernankeism would be appropriate) but, with any luck, it could stave off disaster for a considerable length of time.

Nevertheless, despite the best efforts of policy makers to keep the Dollar Standard alive and to stave off the depression that would most probably follow its collapse, ultimately, one of the following scenarios is likely to overwhelm even Bernankeism.

Any one of the first four scenarios could undermine the Dollar Standard, but the final scenario, where interest rates fall very near zero percent, would certainly deal it a fatal blow. From that point, the only option left to stimulate aggregate demand would be to drop paper money from helicopters. That too would fail, however, for who would accept paper dropped from helicopters in exchange for real goods and services? Hyperinflations would quickly set in. Economic transactions would then be conducted through barter rather than via the medium of a debased script. Eventually, a gold standard would reemerge.

Exactly how these events will unfold is impossible to forecast, nevertheless, the eventual outcome is within sight. The Dollar Standard is inherently flawed and increasingly unstable. Its demise is imminent. The only question is will it be death by fire—hyperinflation—or death by ice—deflation? Fortunes will be made and lost depending on the answer to that question.

NOTE:  For my current views on the outlook for the global economy and the financial markets, subscribe to my video-newsletter, Macro Watch:

For a 50% subscription discount, when prompted, use the coupon code:  dollar

I hope you will share this blog with your colleagues and friends.