The World Is $300 Trillion In Debt 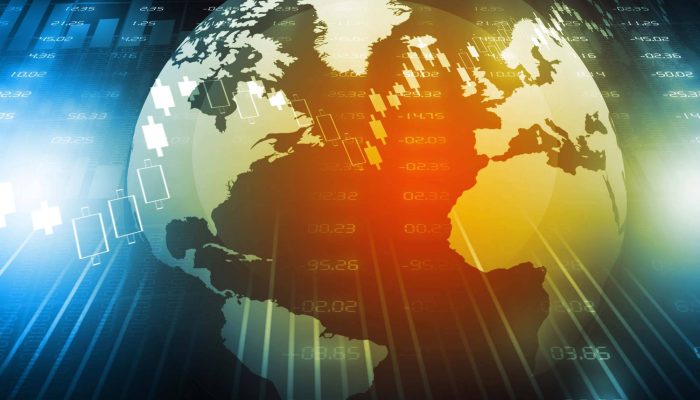 Credit growth has been the driver of economic growth for decades. That was the theme of my third book, The New Depression, and the subject of numerous Macro Watch videos since then.

Up until now, my work has always focused on credit growth in the United States. In the latest Macro Watch video, uploaded today, I broaden the analysis by incorporating credit data for China, the Euro Area, Japan and the UK – areas of the world that account for an additional 40% of global GDP. This expanded coverage allows us not only to analyze credit trends in the parts of the world that have been added, but also to estimate the level of Total Debt for the entire world. (Remember, Credit and Debt are two sides of the same coin. Total Credit equals Total Debt.)

We find that Total Global Debt expanded at a mind-bending rate after 1960 and is now approaching US$300 trillion.

Global debt is no longer expanding, however – despite record low interest rates. The combined debt of the US, China, the Euro Area, Japan and the UK contracted by 4% in 2015 (when measured in US Dollars). This weak Debt growth explains why global economic growth is so weak.

If interest rates ever begin to rise, the cost of servicing so much Debt will become unbearable. Debt will contract and the global recession will worsen.

I coined the term “Creditism” to describe an economic system driven by credit creation and consumption, in contrast to Capitalism, which was driven by investment and savings. Creditism replaced Capitalism when money ceased to be backed by gold nearly five decades ago. But Creditism requires Credit growth to survive.

The evidence presented in this video suggests that Creditism is in crisis globally because Credit is no longer increasing fast enough to drive global growth, even with record low interest rates.

It is not possible to understand the global economic crisis without taking account of the exhaustion of Creditism. For all the details of this global crisis of Creditism, log in and watch this 23-minute Macro Watch video now.

More than 26 hours of Macro Watch videos are available to watch immediately. A new video will be added approximately every two weeks.